Our USRowing level 1 coaches education clinic had 8 attending and 2 who already had their level 1 stayed after for the hands on adaptive clinic. So 10 coaches now know more about adaptive rowing than they did before.
With so few programs nation wide and so few adaptive rowing coaches who have experience working currently with diverse population of disabilities that we see now, I want to encourage all of you who are working in current programs to share your knowledge and experience by organizing future coaches education clinics. Do stand alone adaptive or combine it with USRowing the way we did ours. Certificates of training in adaptive will be given to those who participated in our clinic that will look good on any coaches resume!
I always welcome coaches to visit our program and do one on one coaches education clinics on a regular basis year round here in Southern California. I also am happy to not only encourage but assist rowing clubs who want to start adaptive rowing programs.

It is now October and it has been nearly 6 months since completion of the latest rowing project. Things are just starting to get back to normal physically. Weight gain and starvation mode cancelled and am now balancing out. Seems like the more I put my body through it the longer it takes. 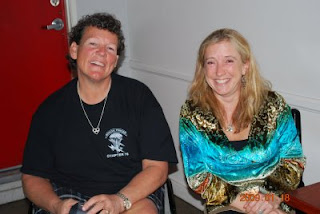 I have been following Roz Savage rowing across the Indian Ocean and as she is near to complete her row she talks of retirement. I don’t know how many times I have talked about that same thing and I believe she will take some time off; I can’t seem to see her retiring any more than I can see myself retiring. I wish her all the best and will encourage Debs new web based re habilitation support program for those who chronically follow ocean rowers or dot watchers as they are known , you know who you are LOL. Roz retiring will leave a flood of people who have become addicted to watching Satellite tracking beacons who will be left to wonder about like zombies because this is the time they are used to routinely checking the tracking websites. I will definitely stay tuned to Roz and whatever she decides to do in the future.

My life has been a whirlwind of activities and events since getting off the boat. The Paralympics 2012 is coming up. I have not officially retired in the sport and have kept the door open and remained in the USADA drug testing program to retain eligibility just in case things changed. I though it would be great to go again if the opportunity presented, on different terms as a rower. My Paralympic experience was amazing but not personally complete. I have been continuing to train and pull amazing erg scores but I don’t have the passion to compete in the sport the way I used to. I focus more on coaching and starting programs and on developing adaptive equipment for the sport. There are a shortage of both experienced coaches and programs nationwide to provide the opportunities in the sport. 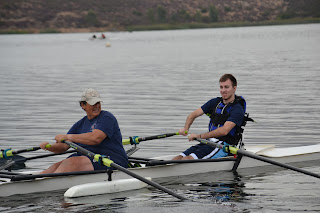 From Rowing to Throwing! I took up Track & Field because one of the coaches at the Veterans Wheelchair Games showed an interest in my throwing so I decided to give it a shot. Who knew I would be good enough to make the Paralympic team? I will have another opportunity to have the Paralympic experience I would have liked to have had in 2008. It is working out to be just that way with the Amazing support from the governing body of the sport, experienced coaches in Track and Field and the positivity of the other athletes. When I was growing up in Ohio, my participation in sports was my saving grace. The positive relationship I had with my coach, Joan Dautel, was by far the most important part of my survival and development as a person. The support, encouragement and leadership she had shown her athletes were exemplary. I cherished every moment of extra time she invested in me and as a competing athlete, have always longed for that kind of coach athlete relationship. That positive relationship is a key ingredient in every athlete’s success and development. If I never make it to London 2012, this 5 months working in Track and Field has qualified to restore and make complete, the athlete experience that I was trying to achieve. 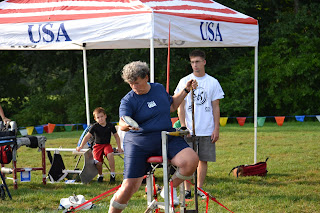 
And a 2013 solo rowing crossing (no motor, no sail no support boat) from California to Hawaii.
Posted by debmole at 9:38 PM No comments: 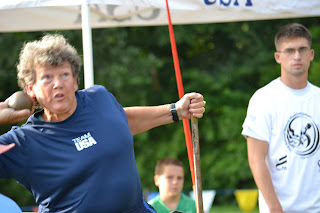 It has been a whirlwind Track & Field Odyssey since completing my 2nd rowing crossing of the Atlantic Ocean (no motor, sail, or support boat).
I took a bit of physical time off for recovery after the row just doing speaking engagements and coaching rowing at our Adaptive Rowing Program. I decided to try my hand at throwing things and yelling as I received some positive feedback at a previous Veterans Wheelchair Games for my performances in Shot put, Javelin and Discus. After rowing in the Paralympics and meeting some of the coaching staff and athletes/throwers in Track and Field I decided to go to a track and field meet and see what I could do. I went to Irvine and met Cathy Sellers and got signed up for the Desert Challenge. I got to Arizona, was classified as a 55 and broke America’s records in all three of my events. I then went to Florida to the Dixie games and threw farther. Shot put seems to be my better event. I then went to Nationals in Mira Mar, Florida where I would be internationally classified as 56. I made a rookie mistake throwing the 4k shot instead of the 3k so I was just short of the qualifying standard in shot ( 2.2 pound heavier implement) but made the qualifying standard for Jav. I then was invited to go to the Twilight & Boiling Point meet in Canada where I threw National A team standard shot at Twilight and took 1st place in shot put for the meet. I was handed an envelope saying 1st place that contained 8 Canadian one hundred dollar bills. My first prize money! So I purchased some implements and a throwing chair so I can practice. I am thinking it is something I can be good at if I train, practice and get some local coaching. I went to the last 2 weeks of the field program at Cerritos College and received some coaching before going to the Veterans Wheelchair Games in Pittsburgh. Unfortunately that program has ended so I am back in limbo.
I had to get a new wheelchair since the airlines lost and never recovered mine so I chose Colours. I also designed a seat for the indoor rowing machine and since I was going to Colours anyway I decided to pitch to them my ideas for manufacture of adaptive rowing equipment. Colours and I are now partners and they have built my first prototype seat and the folks at Three Rivers Rowing in Pittsburgh were the first to see it. It’s quite impressive and really exciting! No pictures we have moved beyond the prototype. 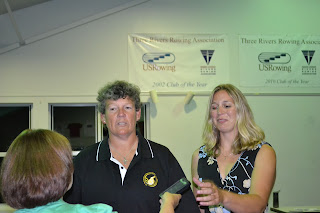 Just returned from Pittsburgh and I am going to my 5th Track and Field Meet in the Czech Republic next week. TG I have some reliable people at the rowing program who are doing a fabulous job running things in my absence!
Angela
Posted by debmole at 9:23 PM No comments: