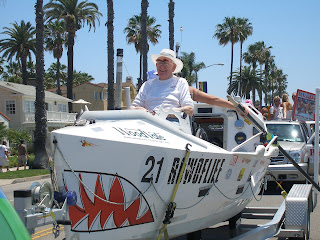 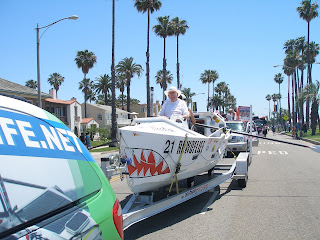 The RowofLife Boat will be pulled in the Long Beach Pride Parade by the RowofLife Van on Sunday, 05/18/08. The special guests of RowofLife are Angela’s parents, Ronald and Betty Madsen. They are coming to visit on 05/13/08 and we are going to do lots of things with them, including participating in the Pride Parade with the RowofLife Boat. Boy About Town will be interviewing the Madsen’s in addition to many others from his Ocean Street Reporting location. Check out Boy’s Buzz, the hottest E-magazine around, at http://www.fabulousboyabouttown.com/

Also this week, Angela is being honored by the Long Beach City Council on Tuesday night. Thanks to Boy for bringing this all together.

Angela and I are going to Hawaii for a little R&R later in the month. Hopefully the surf will be good. After that Angela will be heading for Philadelphia to train for the Paralympics with her rowing partner, Scott Brown.

We will be updating Angela’s MySpace with some pictures very soon. Continue to check out http://www.rowoflife.net/

CARP is going strong, but we are always looking for differently abled people to row and anyone to Volunteer. Call Vicki and come on out. http://www.carp.net/

Debbie
Posted by debmole at 12:25 AM No comments:

Back up and Blogging!

Well, I was locked out of my blog for a few weeks. Apparently something happened with my blog that caused it to be flagged as spam. I had not heard anything of the review I requested, but now I can get on, so clearly the review showed that my blog is a bunch of Crap, but not Spam.

Debbie
Posted by debmole at 12:00 AM No comments: