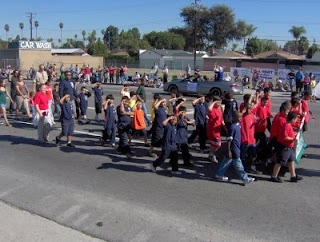 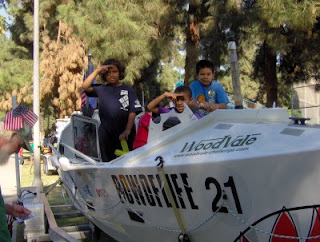 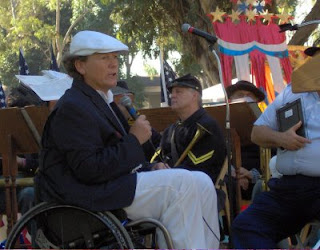 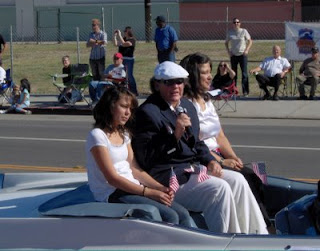 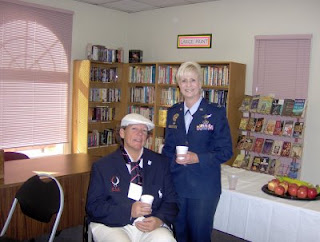 Angela was an Honorary Grand Marshall of the Long Beach Veteran's Parade. After the parade the RowofLife Boat was on display at Houghton Park. It was a huge honor for Angela and she had an enjoyable day. Martha Thuente was our contact person and did a wonderful job communicating with us and making sure everything was fabulous. Dan Pressburg was all decked out in Patriotic attire and looked smashing.

At the park after the parade, the kids and adults alike had a great time climbing on the boat and chatting with Angela. Elijah, a Boy Scout from Roosevelt Elementary, marched in the parade and then came over to climb on the boat (well after a stop at the bouncing toys- of course). His parents were glowing at his parade performance.

We were able to talk to lots of people about CARP and may have even picked up a volunteer or two. Check out the slide show.
Posted by debmole at 8:50 PM No comments: Links to this post